How it All Started: The Beginning of the Courage to Speak Foundation 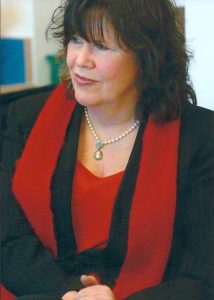 Breaking the Code of Silence

The dark-green convertible couch where Ian died of a heroin and Valium overdose is a silent presence in the basement studio that was his bedroom. His sister Candace, who has Down Syndrome, slept there on it every Tuesday night when she visited from the group home.

Every week, she put cushions on the floor, covered them with a blanket and made a bed for her brother. “Ian comes down from the clouds,” she insisted, and sleeps there.  When I saw Candace cry, I got angry with Ian for causing her so much pain, but I knew it was the drugs. Drugs make you crazy. Drugs stole Ian from us.

Since Ian’s death, many people have asked me to speak about his struggle with his addiction and its effect on our family and friends. The Courage to Speak Foundation, Inc. was born with the mission to save lives by empowering youth to be drug-free and encouraging parents to communicate effectively with their children about the dangers of drugs, breaking what I call “the conspiracy of silence” around the disease of addiction.

This is my promise to Ian.

Learn More About Our Substance Use Education Programs